We stepped off of the plane and were happy to see the sun out (guns out?) after a few dreary, overcast days in Barcelona for a work conference. We made our way to the Airbnb by way of Uber, which was an extremely cheap option for getting around. The place was wild! Shout out to Pedro and Thiago for their quirky sense of style. The Casa da Padaria was the perfect Alice in Wonderland/Little Shop of Horror/Victorian play-place that we were searching hoping (?) for. Nothing prepared us for that or for the amount of time it would take to search for ...

We stepped off of the plane and were happy to see the sun out (guns out?) after a few dreary, overcast days in Barcelona for a work conference. We made our way to the Airbnb by way of Uber, which was an extremely cheap option for getting around. The place was wild! Shout out to Pedro and Thiago for their quirky sense of style. The Casa da Padaria was the perfect Alice in Wonderland/Little Shop of Horror/Victorian play-place that we were hoping (?) for. Nothing prepared us for that or for the amount of time it would take to search for the wall outlets and light switches. There were surprises at every corner. An Airbnb is not just where you lay your head. You get a sense of inspiration there. You DREAM there. So choose wisely. 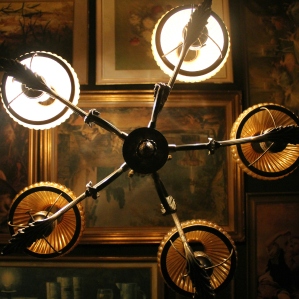 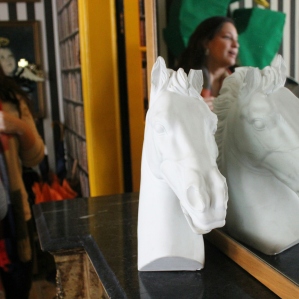 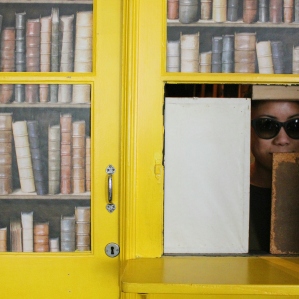 From there, we decided to explore the city a bit and there’s no better way to do that (if you’re a tourist) than by foot and a double decker bus! It was great to get some fresh air and cover ground. We zipped by the Avenida da Liberdade, 25 de Abril Bridge, Padrão dos Descobrimentos, Belém Tower, Praça do Comércio, Rua Augusta Arch and a bunch of other sites I don’t remember… and hopped off at the Parque Eduardo VII, the Mosteiros Jerónimos, a former monastery of the Order of Saint Jerome near the Tagus river in the parish of Belém, and Pastéis de Belém (more on that later). 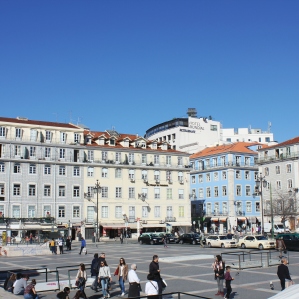 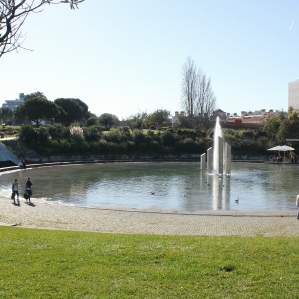 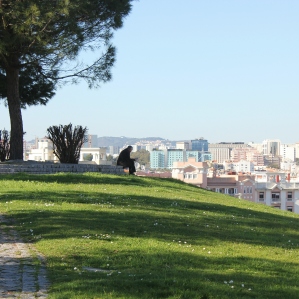 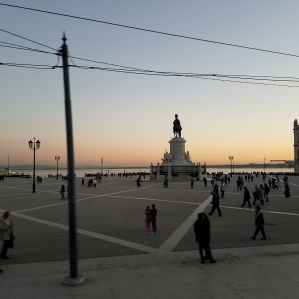 Sintra was an amazing village of castles perched on a hill and every inch of it was a photo opp. More specifically, it is a resort town in the foothills of Portugal’s Mountains near Lisbon (a 30-minute drive by Uber). As we drove up the mountain, we noticed the dramatic forest terrain with intermittent glimpses of pastel-colored villas and palaces. Many of these residences were vacation homes for the rich and royalty of Portugal (and Europe). We only had time for three stops before the sun set: Monserrate Palace, Quinta da Regaleira and Pena Palace.

Monserrate Palace is a villa and the summer resort of the Portuguese court. It was restored in 1858 for Sir Francis Cook, an English baronet and was later turned to an English architect, James Thomas Knowles, for designs. An Uber driver told my friends that the palace grass is filled with “energy” and that one will find his/her true love after soaking up all that “energy”. So we tried to channel that “energy” as much as possible – basking, lounging, sprawling, lolling, rolling… 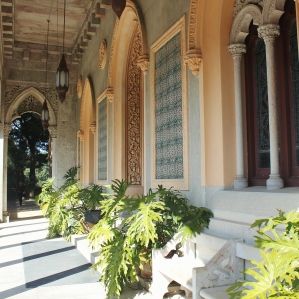 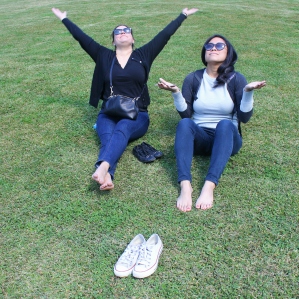 Quinta da Regaleira was massive. It’s an estate classified as a World Heritage Site by UNESCO. The land consists of a palace and chapel, and a park that features lakes, grottoes, wells, benches and fountains. The palace is also known as “The Palace of Monteiro the Millionaire”, based on the nickname of its best known former owner, António Augusto Carvalho Monteiro. Didn’t feel the “energy” here but there was a lot to be stimulated by. 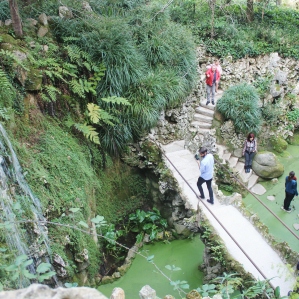 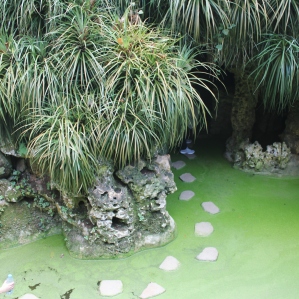 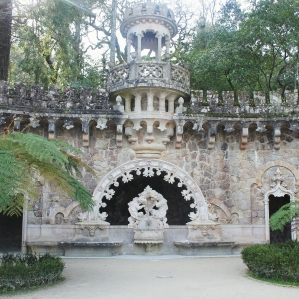 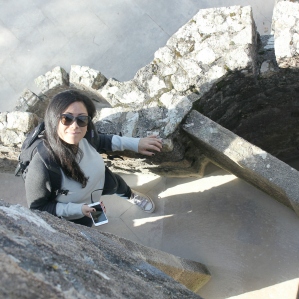 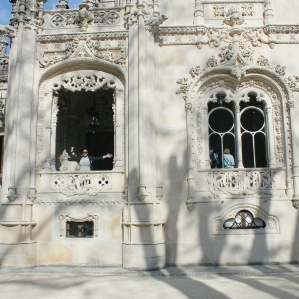 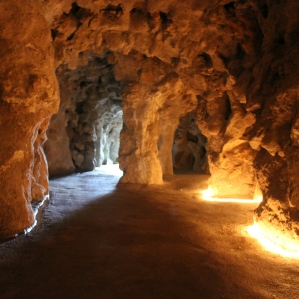 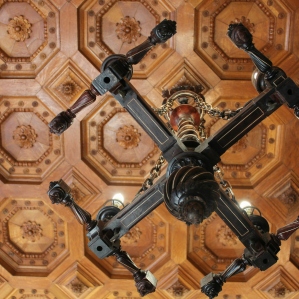 We rushed to Pena Palace to make it before closing. The castle stands on the top of a hill in the Sintra Mountains and on a clear day it can be seen from Lisbon. It was cool to see the orange, yellow, purple, blue and red pastel hues peeking through the trees as we rode the tram to the entrance. The palace is a UNESCO World Heritage Site and one of the Seven Wonders of Portugal and also constitutes one of the major expressions of 19th-century Romanticism in the world. We couldn’t help but take pics, snaps and videos. 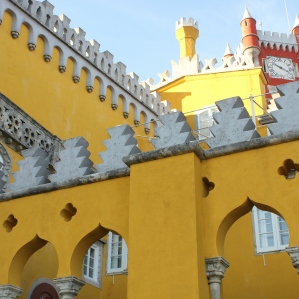 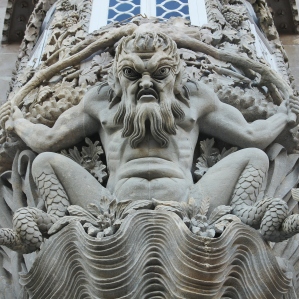 Now to the important stuff. If you’ve read through my posts (especially Amsterdam and Argentina), you know I like my sweets sweeter than sweet. Let me tell you – Lisbon came through! My sweet tooth was greater than satisfied in the pastel de nata, an egg tart pastry. We tried them at the two most well-known spots – Pastéis de Belém and Manteigaria. I can confirm that you can’t go wrong buying these things anywhere. Just make sure to enjoy them warm! 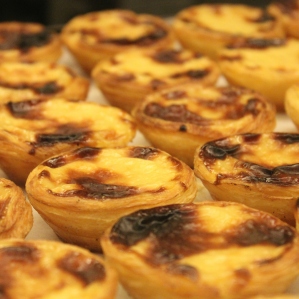 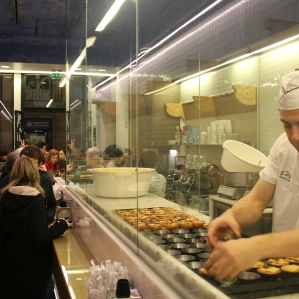 While we’re on the subject of food, we drank Port wine and ate bacalao/bacalhau at various places including the Time Out Market and also had some amazing seafood at Ramiro’s. Necessary or not, the waiter at Ramiro’s was friendly with us (eventually) and decided it was okay to show us our live lobster before it was cooked! Some of us liked this and some of us didn’t, I won’t name any names (*cough, Kristine/Arianna, cough*). We ordered oysters, water, clams, garlic shrimp, bread, water, lobster, bread, wine, water, garlic shrimp, water, more garlic shrimp, more water, water, water… The food was amazing and so was the conversation. Another kind waiter taught my friend something important. “You must learn to cut lobster the right way” because “how are you to get a man without knowing how to cut a lobster?” So he taught her. 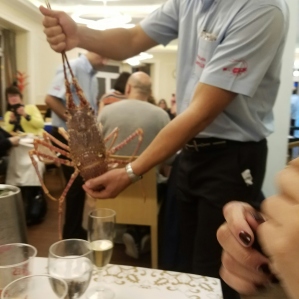 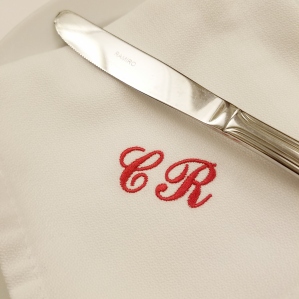 On my last day in the city, I tried to get in as much of the beautiful tiles and architecture that I could. I paid attention to the detail in the Pombaline style and photographed the city life around me – the tiles, the tram, the people, the cityscape. It was all-in-all the most colorful city I’ve experienced. I will certainly return. Obrigada Lisboa! 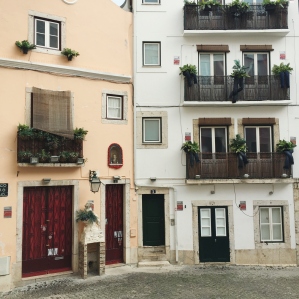 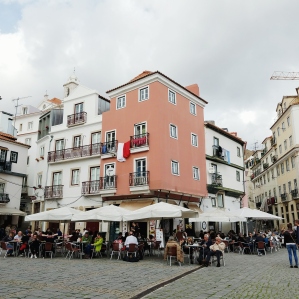 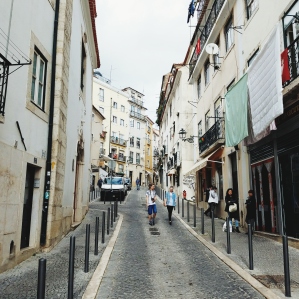 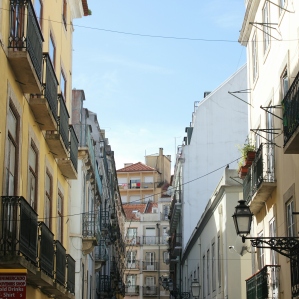 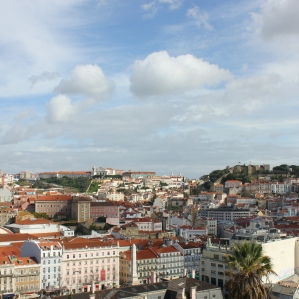 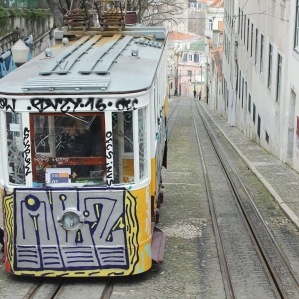 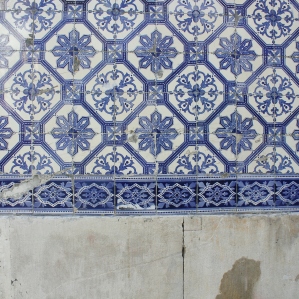 Not pictured here: crazy fun nights dancing and hanging out with friends on Pink Street.

Where should I go next? Perhaps Morocco.